How Japan Supernatural’s eerie soundscape was brought to life

Around 40,000 visitors to the Art Gallery of New South Wales (AGNSW) blockbuster show Japan Supernatural  enjoyed a “cinematic experience for the ears” created by Art Processors.

Japan Supernatural explores the world of ghosts, spirits and demons in Japanese art, and features over 180 wildly imaginative works by Japanese artists, past and present, including contemporary superstar Takashi Murakami. 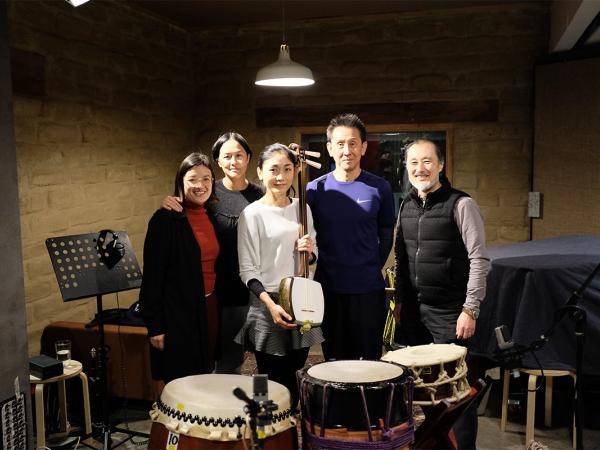 Rather than settle for a traditional audio guide, Eastburn was keen to explore new territory. The Art Processors team was up for the challenge.

“We could think about the creepiness and the spookiness of the subject matter and how to make that come alive,” says Art Processors Sound and Music Supervisor Becky Sui Zhen.

“We also worked very closely with the curatorial team, identifying what curator Melanie Eastburn was hoping for the audio experience.”

Brooke Carson-Ewart, Head of Digital Engagement at AGNSW, said the partnership was about more than devising a technical solution—it was about creating original content.

“We are there every step of the way. Art Processors understands how we work and we’re able to create experiences for our visitors that get better each time.”

It was important to keep the user experience clean, uncluttered and straightforward, allowing audiences to lose themselves in the art without fussing over intrusive or distracting devices.

Art Processors created an immersive and intuitive audio experience where everything was readily on hand in the app and your ears, meaning eyes could stay on the art.

Our proprietary platform and location-aware technology enabled the soundtrack to update seamlessly as the visitor moved throughout the space.

“It was an unusual project for the musicians. It involved quite a lot of improvisation on their part because we wanted their musical responses to the themes of the artworks,” Ms Sui Zhen said.

Tadano’s interpretation of a lullaby for one of the exhibition’s yurei (ghost story) artworks is both heart-aching and eerie.

“When I saw the artwork, the feeling came into my heart, and I tried pulling at the feeling,” Ms Tadano says.

The performances of the musicians and the work of the sound design team elevated the audio experience above mere background music to a place where it could evoke the spirit of the artworks and render it in sonic form.