Creating deeply immersive experiences that move visitors to momentarily lose themselves in an exhibit involves more than visual design. Sound is critical to the multisensory experiences we create at Art Processors, from the interactive performance art our technology has enabled at Melbourne Zoo to the original musical scores we’ve produced for the Art Gallery of New South Wales.

Jason has delivered immersive experiences for museums all over the world through his production company Earprint, including the Exploratorium, the Smithsonian’s National Museum of the American Indian, the British Museum, the Oakland Museum of California, the Metropolitan Museum of Art,  the Peabody Essex Museum, and numerous other institutions.

He’ll be working, where possible, with long-time collaborator Doug Quin. Doug is an internationally acclaimed composer, sound artist and designer, wildlife recordist, public radio commentator and educator. He recently spent time in Tasmania as a Visiting Fellow at the Conservatorium of Music in Hobart.

Jason graduated from Colorado College with a degree in Music Composition and it was through music that he was introduced to Australia. He performed with the Colorado College Bowed Piano Ensemble at the Sydney Opera House as part of a live broadcast for ABC Radio.

After briefly teaching electronic music he moved onto similarly creative endeavors—designing and building audio installations for the Exploratorium in San Francisco.

In 1992, he founded Earprint Productions to provide immersive sound design and audio tours for museums. In 2008, his partner Catherine Girardeau joined as Creative Director, bringing her diverse talents in writing, editing, and sound design.

In 2017, Earprint Immersive was launched to deliver “Earmersive” multimedia and mobile application development for museums, including augmented and virtual reality experiences.

Over the past 27 years, Jason has designed complex, provocative and multifaceted soundscapes for the institutions named above, as well as The J Paul Getty Museum and the Fine Arts Museums of San Francisco.

A prime example is Jason’s most recent collaboration with the Peabody Essex Museum in Salem, Massachusetts, where he created a 24 channel immersive soundscape to accompany the installation of James Drummon’s Strathallan Wallpaper in the Asian Export Art collection.

Jason’s soundscape transports visitors to both Drummond’s damp Scottish castle and bustling Guangzhou. On one side of the room, visitors experience a rainy day in Scotland where they can sit in front of a realistic video of a crackling fire and listen to bagpipes, specifically recorded in the space to create an extra sense of presence. On the other side of the room, the soundscape shifts to a typical day in late 1700s Guangzhou with the sounds of boat traffic, animals, and the harbor, and a steady murmur of the many different languages in the marketplace. 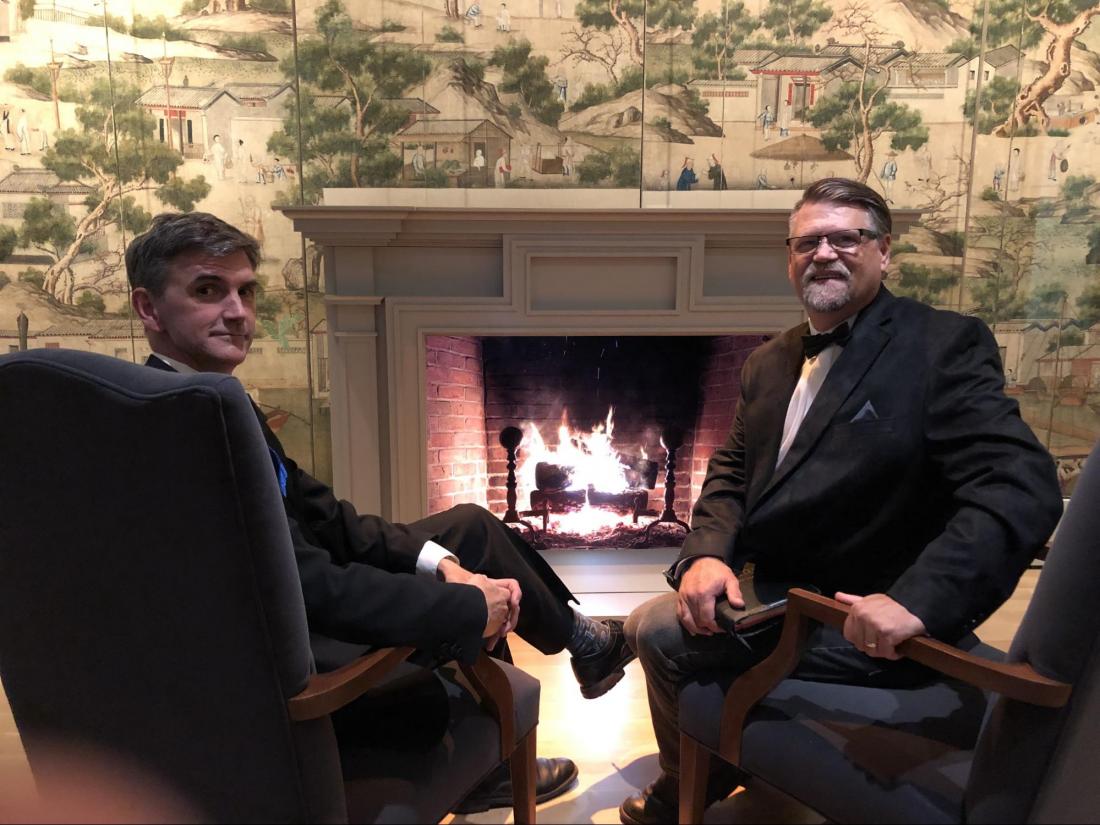 Jason seated with Ed Rodley (left), associate Director of Integrated Media at the Peabody Essex Museum with the created soundscapes for the Museum’s Strathallan Wallpaper exhibit, which included this realistic looking and sounding fireplace.

At The Met, Jason created the multimedia tour for Body Language, an audio experience featuring 20 works of sculpture. Designed to break out of the mould of the traditional audio tour, the experience uses storytelling via the online and app formats to inspire visitors to make a physical and experiential connection between the sculptures and their own bodies.

Jason’s immersive and evocative sound design was also key to the success of The Getty Museum’s standing Louis XIV exhibit. The exhibit features art and artefacts from the Sun King’s court, and The Getty wanted a multi-sensory experience to enhance the visitor’s understanding of the history behind the artefacts.

With this in mind, Jason developed a binaural walk, using various audio components to create a 3D audio environment for visitors to walk through as they viewed the displays, ultimately deepening the visitor’s sense of Louis XIV’s original environment.

“With Art Processors, I can continue to do the work that I do and bring along the relationships with museums that I’ve partnered with and the people I’ve worked with,” Jason said.

“With Earprint, I’ve created soundscape gallery experiences as well as lots of audio tours. The thing about the Art Processors platform is that it’s capable of combining an immersive soundscape with a linear storytelling experience, and that combination of things is not as common a design goal as I wish it would be.

“When I’m imagining a good storytelling experience, it’s like a fully immersive moment where you really feel like you’re somewhere; you’re transported to a place and the storytelling is moving you through that place.

“So the kinds of projects I want to engage with are where those two things—soundscapes and mobile audio experiences—provide the raw material for visitors… As you move towards different artworks, stories emerge and opportunities to explore become much more dynamic and not triggered in the old traditional way by keypad but by location-sensitive triggers.

“I think we are in the process of evolving from the older model of an ‘audio tour’ into a new form of ‘mobile immersive experience design.’ It’s that kind of work in museums that I think is really exciting and I want to explore with Art Processors.” 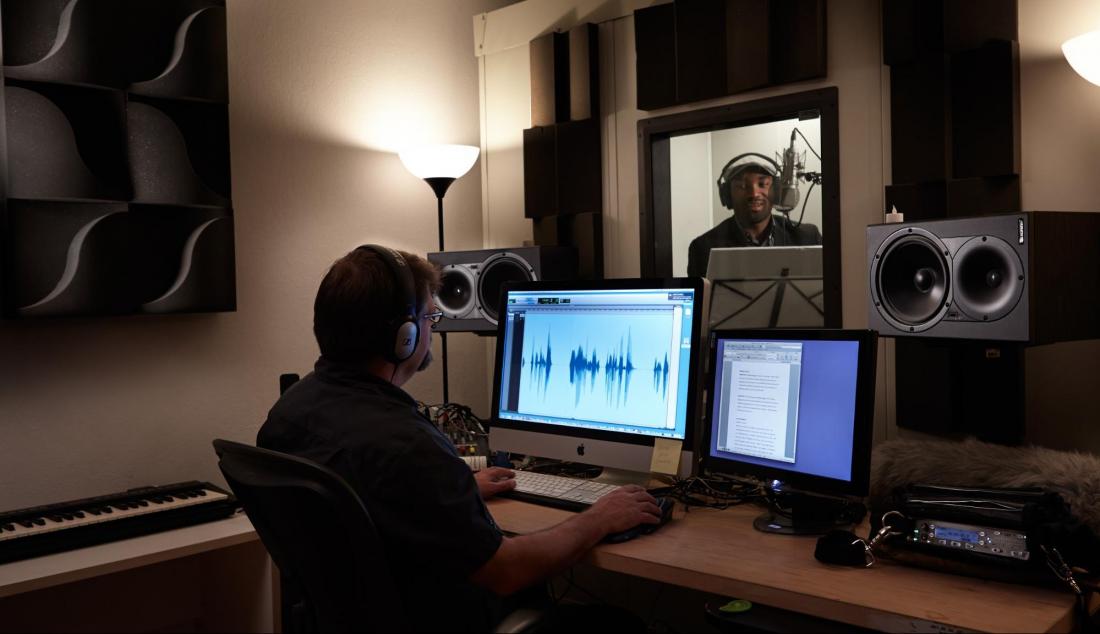 Jason and Catherine were a formidable team at Earprint. While Catherine was responsible for content and experience design, her professional experience includes audio and video production, audio tours, podcasts, and mobile experiences for museums and historical sites, including Elvis Presley’s Graceland, The J. Paul Getty Museum, The Ellis Island Immigration Station, SFMOMA, and The Museum of Fine Arts, Houston.

Since leaving Earprint in 2016, Catherine has pursued projects in public radio and podcasting, both formats she has worked with for over 20 years. Currently, she’s producing the second season of the popular podcast Against the Rules with Michael Lewis, the author of best-selling books-turned-films Moneyball and The Big Short). She also works with consulting firm McKinsey in audio and podcast production, and teaches podcasting classes in the San Francisco Bay Area.

She does, however, see herself working on museum projects again, but in content creation rather than sound design. While at Earprint, she said her project highlight was Viewpoints: Body Language, a rich and multifaceted multimedia experience that Catherine and Jason created for The Met.

The experience featured 20 works of sculpture and was designed to break out of the mould of the traditional audio tour, using online and app storytelling to inspire visitors to make a physical and experiential connection between the sculptures and their own bodies. 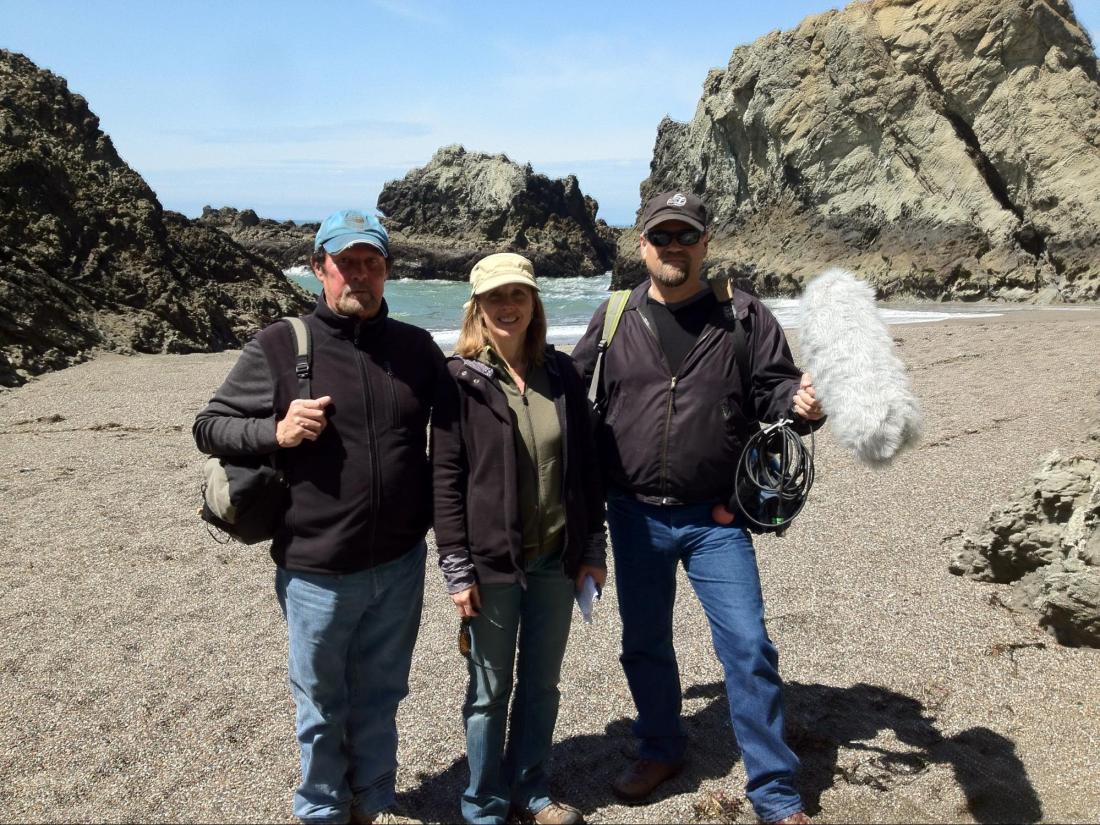 Rich Stallcup (L), a well-respected ornithologist, Catherine Girardeau (C), and Jason (R) on location for a project on for the Oakland Museum’s Natural Sciences Gallery Renovation.

Where possible, Jason plans to collaborate with long-time friend and “sound renaissance man” Doug Quin. One of the areas they are interested in exploring together is designing sound for immersive and responsive environments in museums and public spaces.

Jason and Doug have known each other for 25 years after meeting at the Nature Sounds Society at the Oakland Museum of California. They have worked together on numerous projects over the years including concerts and workshops at the Exploratorium, sound design for the Smithsonian’s National Museum of the American Indian, and a conference organized by the American Association for the Advancement of Science (AAAS) at San Francisco State University.

More recently, they teamed up to design soundscapes for the Albuquerque Zoo’s new Penguin Chill exhibit, which features some of Doug’s recordings from Antarctica.

An excerpt of a sound mix designed for the Ice Cave at the Penguin chill Exhibit that features Doug Quin’s recordings of Weddell Seals, ice calving, ice cave water drips, and hydrophone recordings of glacier movements recorded in Antarctica.

Doug’s interests are diverse, spanning academia and commercial sound design through to environmental science and modern composition, at the intersections of art and science. Over the past 30 years, his passions have taken him across the globe to places including the Arctic, Antarctic, the African savannah, the Amazon rainforest, and more recently the Australian bush. His travels have produced a rare and extensive catalogue of original recordings that features the sounds of endangered animals and threatened habitats.

His work includes collaborations with scientists studying animal communication and his recordings have been featured in zoos and natural history museums around the world. He has also contributed to the sound design of Hollywood films, including Jurassic Park 3 and Lord of the Rings: The Two Towers.

Jason’s deep roots in immersive sound design together with his unique mix of experiential creativity and technical knowledge adds a powerful new sonic dimension to the Art Processors team.

He said it was amazing his career and life experiences had led him back to Australia, and working with Art Processors would bring him back to designing the kinds of immersive and experiential encounters he enjoys creating.

“I like to say we see eye to eye and hear ear to ear,” he said. “I consider myself a sound artist, a performing artist and musician. The kind of atmosphere I enjoy working in most is creative, where there are few limits on the scope of what people can do and you can explore all the edges of things.”